“The photo that stands out today is the one with three riders in front of the historical marker in Kentucky reading about the Trail and the group that passed through. To catch those, I had to be a rider. I quickly learned to get the type of photos I wanted, I needed to be with the riders. So, on most days I rode the bike.”

“The Aha moment was at the end during the final leg from Fayetteville to Stillwell. I was with a reporter and photographer at a vantage point on a curve so the photographer could get some shots as the riders went by. A little background here; The riders were in groups of 5-6 and rode down the highway that way. Here came the first group around the curve, the Eagle clan-the fastest group, there are riding and pedaling in unison and drafting inches apart from each other’s wheel. They are shirtless, lean, and very dark from the month of sun on them. Very determined as they know this is the last leg of the journey. They whiz by in a few seconds. The photograph looked up and said, “Wow! They look like professional riders.”

It was that observation that shook me out of my lull because I realized that these young Cherokee kids from the hills of Bell, Stillwell, and Marble City, had transformed into real bonified bike riders. Before this they had ridden old put together bikes down dirt roads. But now they were seen as “pro riders.” At that moment, I knew they had done it! They had achieved a level of technical and mental proficiency that I had not thought of. They had exceeded all expectations. I watched them speed down the road waiting on the next group to go by. What pride I had for each of them. An also knowing our ancestors had keep them safe during the ride.” – Tom Fields, photographer and media coordinator on original 1984 Remember the Removal Bike Ride 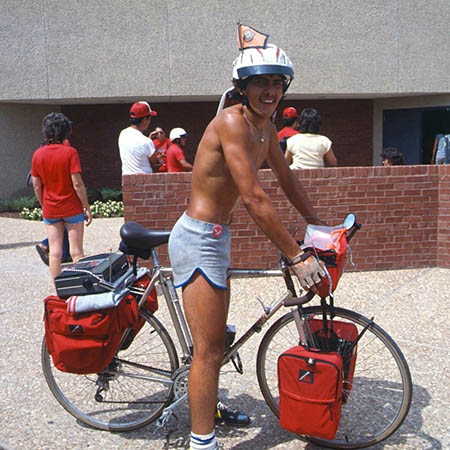 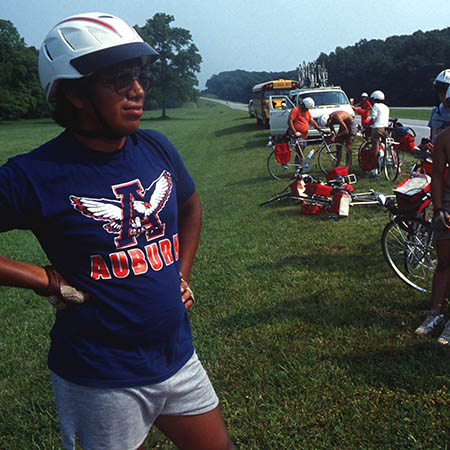 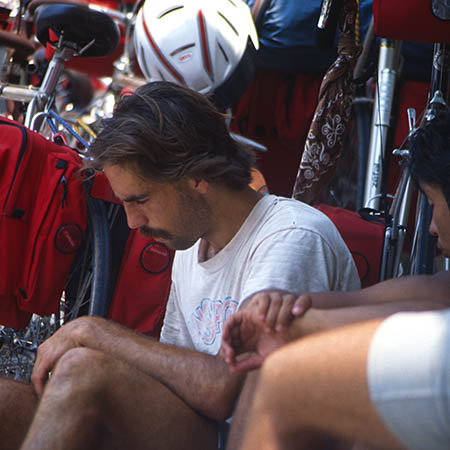 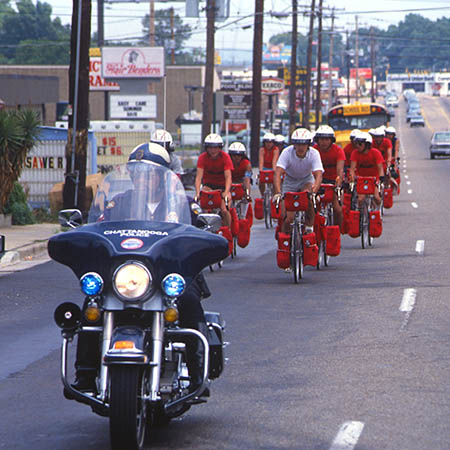 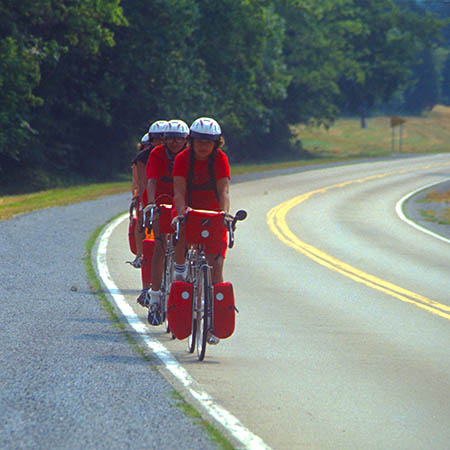 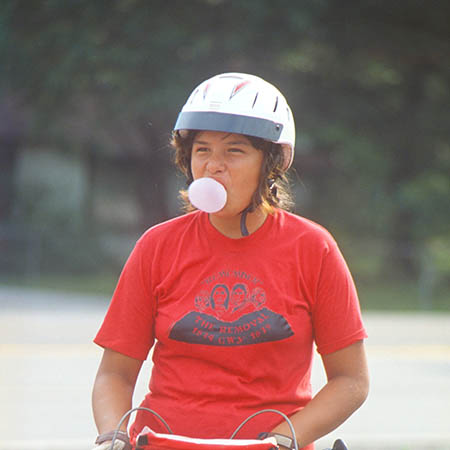 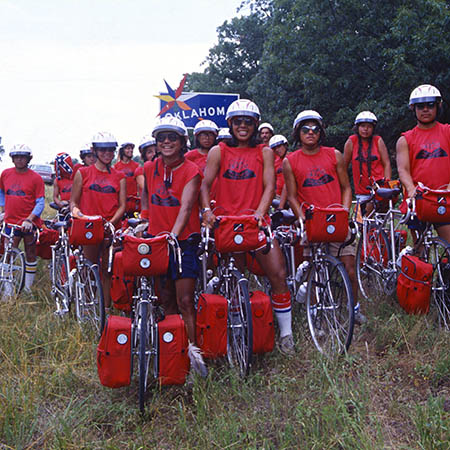 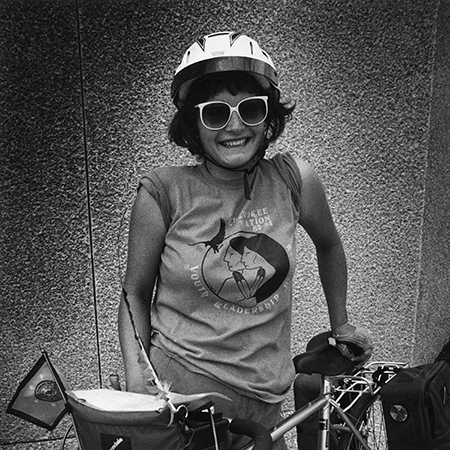 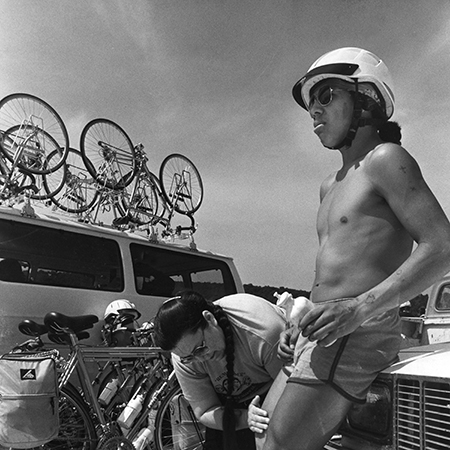 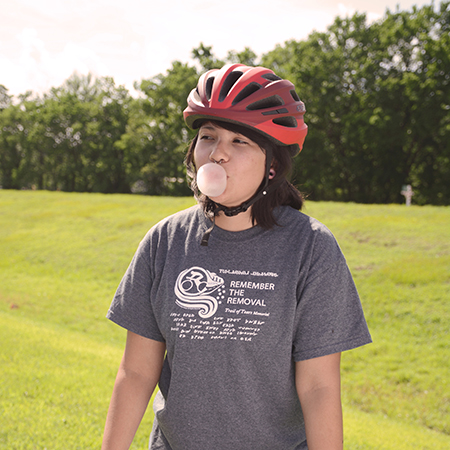 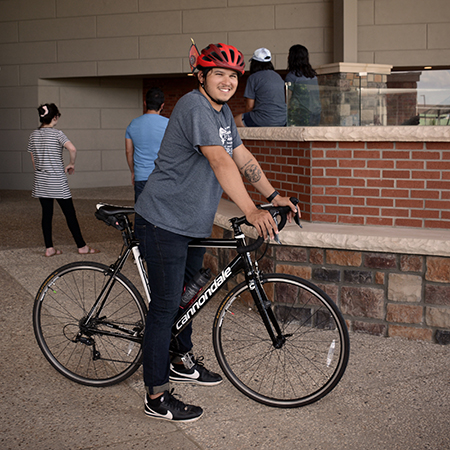 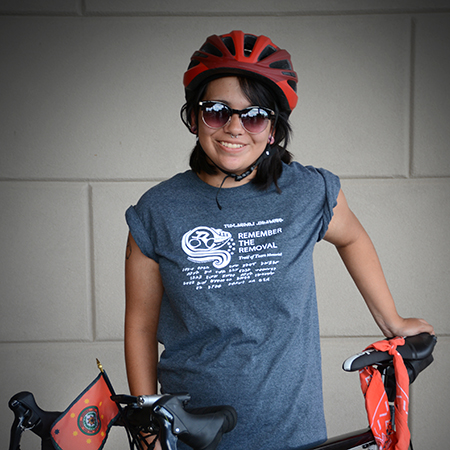